...of course that obviously is not my son...I have no children. That however for those not in the know is Ali Edwards son. Who is Ali Edwards, you might ask (again for those not in the know)...just one of the coolest scrappers..life artists around. Her 5 year old son Simon has autism..and she's shared their family journey about his life with autism..even before he was diagnosed. She's just an amazing lady..and wanted to be sure to share this awareness with you!!
Posted by Elizabeth Terry at 11:49 AM 1 comment:

We had to put our dog, Jake down today. He was 13 years and 2 months old. Hardly a puppy..but we called him puppy, or pup pup...along with Jake, Jakey..and my dad the last couple of years Jacob (his jake wasnt a nickname from jacob..but instead because he was a dalmation..and fireman are 'jakey's'). However he kept his pup pup status because until he was about 9 years and 9 months..he acted like a puppy..and then one day he woke up and figured out he was 9..and not 9 months.

He's always been a high maintenance dog, sensitive stomach..allergies...needed babysitting (he was an indoor dog) etc..but the last year has been a chore, he's aged significantly, was completely blind, a bit deaf...the typical arthritis and odd tumours here and there..but boy i tell you that 'sniffer' worked up until the end (he could smell a sausage pizza from the minute you drove up).

I wont go into the details of 'the end' but, the vet marvelled at how old he was (Dal's just don't live that long..and the vet just felt time had flown since we brought him in at 9 weeks old), and how good he was to the end.
Posted by Elizabeth Terry at 6:13 PM 2 comments:

I'm a slacker..but it's partly bloggers fault. I haven tposted forever..so much for my New Year's resolution. I probably would have posted more if i had KNOWN that i had comments to moderate (sorry i have all comments moderated (have to approve before they're posted) to thwart spammers...sure enough i had two spam comments...WTH people...dont use a blog comment to promote your business that's just RUDE and no matter how cool your business..I'm not going to shop purely because you spammed me)...ok...breathe..back to regularly scheduled programming....so anyway..i'm a slacker. I most likely would have posted more if i had known i had comments (because...while here anyway..why not post). My 2nd excuse was the expo..I was behind in making up new display samples so any moment at home was spent scrapping to that extent (pictures to be posted soon on website). My 3rd excuse is partly an oxymoron to my 'blogging resolution' which is my resolution to spend less time on the computer. Happy to report that resolution is going along just fine..I'm not sure what exactly i'm doing instead...but I'm not online as much at all during the evening or weekends.

Anyhow..signing off ..CPT (CarPoolTim...as opposed to Brother Tim) will be bugging me that it's time to leave any moment...and I really must leave on time tonight i have a Lobster Fest meeting tonight....reservations are already starting to come in..we have wine and beer donated...people are even ordering TShirts thru our Cafe Press Store...it's all slowly coming together.
Posted by Elizabeth Terry at 4:45 PM 1 comment: 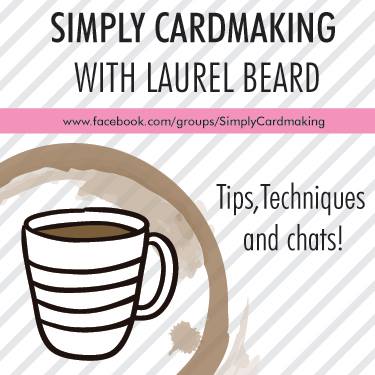